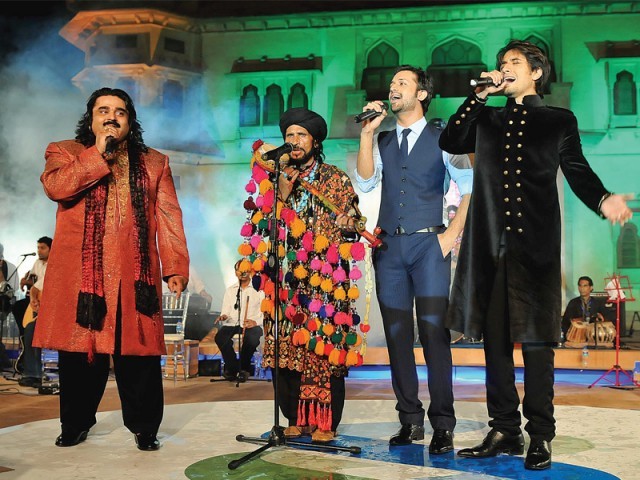 KARACHI: Top musicians unite to perform together on one stage.

Set against the beautiful back drop of Mohatta Palace, one recent balmy evening brought together some of Pakistan’s leading musicians on stage. Accompanied by a 22-piece orchestra under the direction of Shahi Hasan and Sarmad Ghafoor, the line-up included Atif Aslam, Ali Zafar, Arif Lohar and Saieen Zahoor who held the audience’s rapt attention late into the night.

For the show, music producer Shahi Hasan (of Vital Signs fame) attempted to “rearrange 18 songs so the sound was more world music, than pop”. The songs were rearranged for the 22-piece orchestra which included six backing vocalists, including Kiran Chaudhry of Caramel. With violins provided by the master Javed Iqbal, Asad Ahmed on guitars, Sameer Ahmed on the bass and Waqar Khan on drums, some of the best names in the music industry were at work to create a beautiful evening of music.

The event, organised by Standard Chartered Bank, kicked off with a satirical skit written and performed by Imran Aslam, accompanied by Khaled Anum. Imran Aslam’s masterful hold on satire became apparent as he poked fun at everything from the extravagant lawn exhibitions, the credit crunch, Libya, to Raymond Davis and corrupt leadership.

Ali Zafar took stage first, starting with his popular number “Chal Dil Meray”. Next he perfomed an almost salsa like rendition of “Yar Daddi” which was not much appreciated by the audience. He followed with “Ranjha Ranjha”, but it wasn’t until “Jhoom” that his act picked up pace. The audience was treated next to a very Middle Eastern sounding mix of “Channo”.

As he performed “Rangeen”, Zafar was joined mid song by Arif Lohar. Lohar continued with “Alif Allah”, wooing the crowds with his ‘chimta’. From this beautifully rendered kalaam to a very rock version of “Jugni” proved that he is a true performer, and can connect to any audience.

Any debates over who is the most popular musician is ended as soon as Atif Aslam took the stage. The audience jumped to their feet as he walked onto the stage belting out a slow version of “Lamhe”. As he moved onto “Tu Jane Na”, his popular Bollywood number, he was surrounded by adoring fans to whom he dedicated the song. As he sang “Meri Kahani” he was joined in mid-song by Lohar and together they launched into “Man Kunto Maula”, thus creating one of the most mesmerising moments of the evening.

The music then took a very interesting turn, as Aslam introduced the audience to Lanny Cordola — the famed Guns and roses guitarist, songwriter and producer and together they launched into a very jazzy rendition of “Teray Bin”. Cordola is in Pakistan working on ‘The Pakistan American Peace through Music Project’ which aims to promote peace and love and create ties and will bring Pakistani and American musicians together to record songs.

Saieen Zahoor’s powerful vocals were up next, and he was soon joined by Atif Aslam in a very interesting mix of the Guns N’ Roses number “Sweet Child Of Mine”.

The climax of the show was well worth the wait. In an unprecedented move, all four of the artists joined together on stage to perform a 13 minute version of the sufi kalaam “Nachna Painda Aye”. Credit must be given to Shahi Hassan and Frieha Altaf, whose Catwalk Productions engineered the night flawlessly, for having managed to get the musicians to put aside competition and professional rivalries. And so the night came to an end, having laid claim to finally getting music to achieve its purpose: to unite and create beauty. 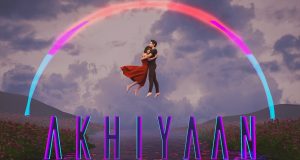 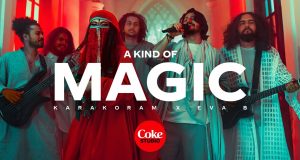 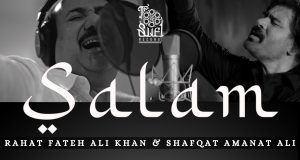